From Wikipedia – Canadian Museum of Nature

Unfortunately, because of the presence of unstable Leda clay in the geology of the site, a tall tower that was situated at the front of the building had to be taken down in 1915 due to settling and the concern that the foundation could not support the weight.

This is an eastbound freight train about to cross the drawbridge over the Rideau Canal, looking towards the north west with the newly completed Victoria Museum in the background.

This must be post 1912 when the museum was built, but not later than 1915 when its tower was removed. The 1899 and 1902 fires have removed all trace of the roundhouse and car shop and the new 1914 swing bridge is complete (and the Elgin Street underpass behind the willow tree)

In the foreground is one rail of the overgrown brickworks canal siding which was removed for the construction of the Pretoria Bridge in 1915.

The building on the extreme left in the trees is a two storey structure and could be the Elgin Street station building with Victorian roof decoration removed and new windows inserted in the upper half of the end wall. 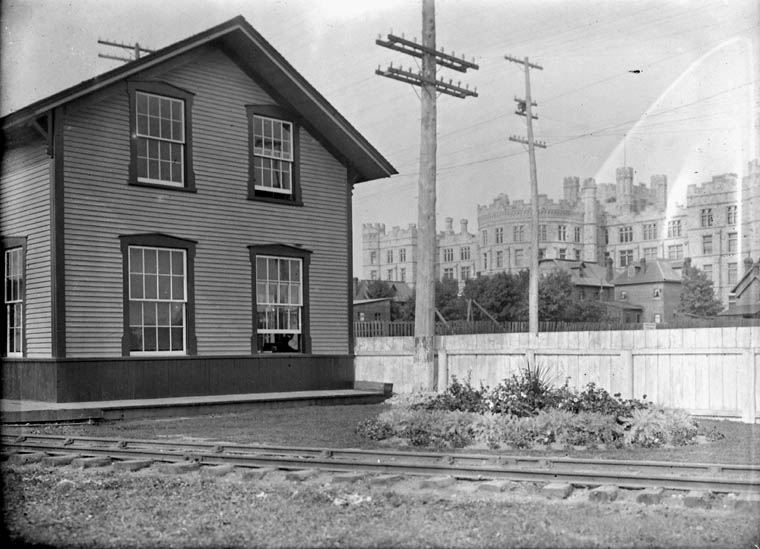